Thanks to a Junior Star project, Bruno de la Torre will start his own experimental group 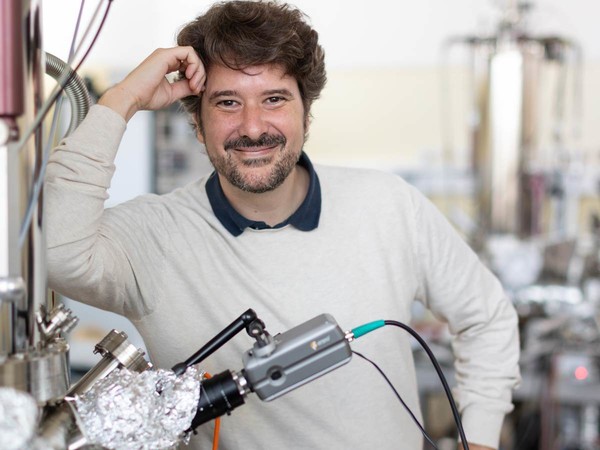 Bruno de la Torre from CATRIN won a JUNIOR STAR grant for outstanding early career scientists from the Czech Science Foundation. The 14.7 million Czech koruna awarded to Bruno will allow him to establish an experimental research group focused on the interdisciplinary area of molecular electronics. Over the coming five years, his group will investigate the laws governing charge mobility in light-harvesting molecular nanomodels.

“The proposed research aims to determine the basic electronic and structural properties of a new class of ‘molecular components’ and evaluate their potential to serve as prototypes of molecular devices. This work will have a fundamental scientific impact because it will involve characterizing conjugated molecular systems at a sub-angstrom spatial resolution and studies on charge transfer at the single-electron level,” said Bruno de la Torre, who was on the team of scientists that made the world’s first observations of the inhomogeneous distribution of electronic charge around a halogen atom – a so-called sigma hole. Their results were published in the journal Science.

The new project, which is called ‘Atomic-Scale Control and Visualization of Charge Delocalization in Light-Harvesting Molecular Nanomodels’, starting in January, will directly support the development of a new laboratory, enable research in the highly interdisciplinary field of molecular electronics, and facilitate collaboration in the field of organic semiconductors. It will also benefit PhD students and undergraduate students at Palacký University.

JUNIOR STAR grants are intended to support outstanding young scientists within 8 years of receiving their Ph.D. who have published in prestigious international journals and have significant experience at research centres outside the Czech Republic. The grants provide funding for five years, giving winners the opportunity to become scientifically independent and establish their own research groups, thereby expanding the horizons of Czech science. Only a small fraction of the submitted proposals are funded – just 23 were successful last year.