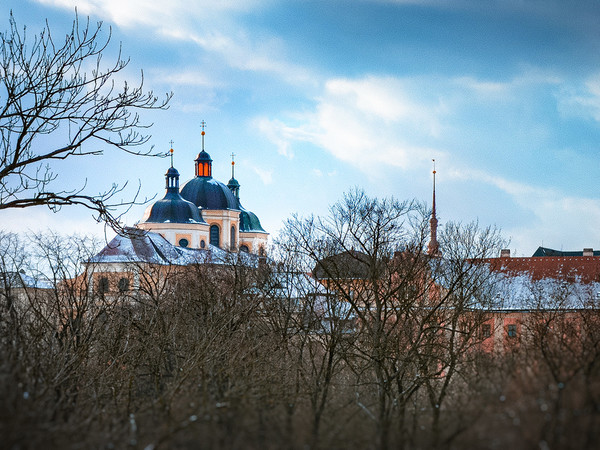 The 75th anniversary of the reinstatement of Olomouc’s university will be commemorated by the city’s church bells.
Photo: Vojtěch Duda
Friday 12 February 2021, 13:29 – Text: (red)

On Sunday February 21, Palacký University Olomouc will celebrate 75 years since its reinstatement after World War II. To honour this event, the bells of the churches of St Moritz, St Michael, and St Wenceslas will ring out – as they did in February 1946. In addition, several other events will take place during the Academic Week – the tenth year of Donate Blood with the Rector, a lecture by alumna Kateřina Pešatová, and the announcement of the Rector’s Awards.

Some traditional events of the UP Academic Week, such as the Palacký University Ball, cannot take place this year due to the current epidemic. However, the organisers have prepared at least some parts of the programme in their online versions. “Despite the pandemic, we have decided to run the Academic Week in a limited online form, at least,” said Gabriela Sýkorová Dvorníková, the university spokeswoman.

The only traditional event that will take place physically – and under strict hygienic measures, of course – will be the tenth year of Donate Blood with the Rector. About sixty students and university staff will take part during four working days. “Normally, we would have almost three times as many participants, but we must respect the existing measures in place at the Olomouc Transfusion Department. Nevertheless, we are pleased that almost one half of those registered are first-time donors,” added Ondřej Martínek, the university coordinator of the event. In the last three years alone, the number of blood donors from among UP students and staff has almost tripled. More here.

The programme and information on the UP Academic Week is available at www.akademickytyden.upol.cz (in Czech).