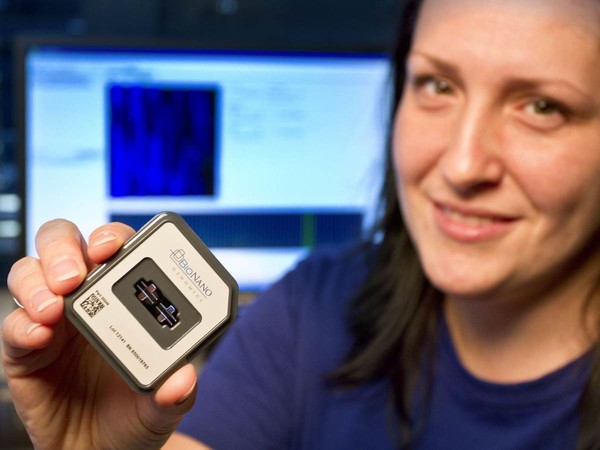 After four years of research, scientists have succeeded in sequencing the genetic information of Europe’s third most important cereal grain – rye. Olomouc researchers from the Institute of Experimental Botany at the Czech Academy of Sciences (IEB), whose department is a partner of the Centre of the Region Haná for Biotechnological and Agricultural Research (CRH), also participated in the research.

The international research team, led by the Leibniz Institute of Plant Genetics and Crop Plant Research, Germany, has obtained the exact reference sequence of the rye genome. This discovery, reported by Nature Genetics, will be made use of by scientists and breeders, who will be able to speed up breeding of rye varieties with better properties. After wheat and barley, rye is the last of the three most important European crops to have its genome sequenced. The objective set by the international team of scientists from 13 countries was very challenging. The genetic information of rye consists of eight billion bases, or “letters”, nearly three times more than humans. At the same time, this information is mostly made of repetitive sequences, which occur in many copies at different places in the genome, therefore it is difficult to determine their positions and assemble them into larger units. Olomouc scientists helped to overcome this problem by designing an “optical map”.

“Thanks to optical genome mapping, we were able to assemble complex elements, verify the correctness of created sequences, and correct any errors. We are one of the best in the world in the development and application of this method on plants,” said Hana Šimková, head of the research group at the IEB laboratory in Olomouc.

Olomouc researchers also contributed to the achievement of the project’s objectives by obtaining sequences of isolated rye chromosomes. They confirmed the completeness of the sequences they assembled by independently determining the genome size of the sequenced segment. This achievement has been a follow-up on their work from 2013, when they played a key role in obtaining the first draft of the rye genome.

Sequencing the rye genome will make it possible to clarify the function of individual segments of its hereditary information and to understand how they influence the growth and development of this crop. This new scientific discovery will also find applications in practice, as it will allow breeders to faster identify the genes responsible for yield, grain quality, resistance to diseases and pests, as well as the genes allowing it to overcome periods of drought. The results from the rye research can also be used in the cultivation of another crop – wheat. Key resistance genes from rye could be transferred to wheat, thus increasing its resistance. The knowledge gained will also help accelerate the breeding of man-made crop called triticale, which is a cross of wheat and rye.

In the past, rye used to be a sought-after cereal in the Czech lands. Due to the change of eating habits and increased consumption of white bread made from wheat flour, however, its growing area diminished. At present, it is grown on a mere 30,000 hectares (75,000 acres) in the Czech Republic, which is only two percent of its growing area in the 1920s and 1930s. Nevertheless, rye has received more attention in recent years.

“Indisputably, rye has a great importance and an irreplaceable role in the baking industry, especially in baking bread. In addition, it has great nutritional properties, contains high levels of soluble fibre, so it can satisfy hunger for a long time. However, rye is also grown for pharmaceutical purposes. Its fields are artificially infected with Claviceps purpurea, an ergot fungus, which forms mycelium on the rye ears and turns it into a dark hardened mass, the ergot. It contains substances used for the production of important drugs,” explains Jaroslav Doležel, who is the head of the Olomouc IEB workplace and the coordinator of the research programme of the Czech Academy of Sciences “Food for the Future of the AV21 Strategy”.

Centre of Structural and Functional Plant Genomics, Institute of Experimental Botany, Czech Academy of Sciences
The Olomouc Centre of Structural and Functional Plant Genomics, part of the Institute of Experimental Botany at the Czech Academy of Sciences, is a partner of the Centre of the Region Haná for Biotechnological and Agricultural Research. The centre focusses primarily on the study of the structure and function of hereditary information of agricultural crops, especially cereals, bananas, and grasses. The most up-to-date methods of cytogenetics, molecular biology, and genomics are used. The centre participates in international projects aimed at decoding the hereditary information of important crops and the isolation of important genes. It is a world-renowned workplace, which under the leadership of plant geneticist Prof Jaroslav Doležel (interviewed in the UP Žurnál here, in Czech), laureate of the highest Czech scientific award Czech Mind, has developed unique methods and procedures, contributing to the cultivation of new varieties of agricultural crops with required properties.