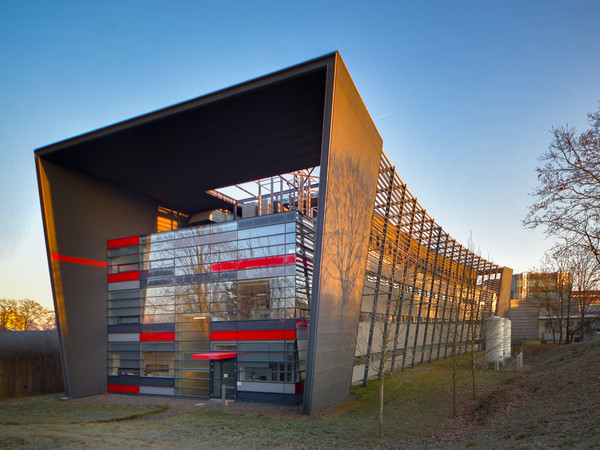 Soon there will be an alternative in the Czech Republic for taking coronavirus samples: the GARGTEST self-test kit. It is based on gargling, which means doing away with the unpleasant procedure of taking samples from the nasopharynx with a sterile cotton swab. The sample thus taken and transported to the laboratory will be prepared for analysis by ordinary methods based on nucleic acid amplification (PCR, LAMP, etc.).

Cooperating in the creation of GARGTEST, in addition to the Institute of Molecular and Translational Medicine of the UP Faculty of Medicine and Dentistry (IMTM) and the AUMED company, were also IntellMed, the distributor I.T.A.-Intertact, and the Czech Cancer Research Foundation. The shared motivation was not only to speed up sample taking and make it less unpleasant but was at the same time an attempt to develop a test which would reflect the needs of one of the most at-risk groups – oncological patients. Due to their treatments, such patients suffer from mucous membrane problems and repeated sample taking can be irritating and unpleasant.

“We developed GARGTEST in order to simplify and speed up the process of self-testing and at the same time to reduce dependence on healthcare personnel for conducting the tests. We will try to offer GARGTEST to testing centres, and of course we’ll try to make it available to general practitioners. At the same time, it is ready for distribution to pharmacies for home use. One of the nice things about it is that the sample is stable under widely disparate conditions (4–30° C), for at least a week. We tested GARGTEST with 459 sample pairs from patients, comparing them against the standard nasal swab test. The results showed no significant disparity and were functionally comparable, which is fantastic news,” said Marián Hajdúch, IMTM director.

The sampling process requires several steps. First, a person adds ordinary drinking water to a measuring cup, gargles the water for 20–30 seconds, and then spits the water into a test tube inside of which is the transport powder. The person seals the test tube and packages it according to instructions. The procedure can be carried out at a test site, or at home and then sent to a test site, a lab, or to one’s doctor.

“GARGTEST is the result of work by Czech scientists. It is the connection of science and research, with practise in resolving the current problems with testing for Covid-19. It is the perfect example of translational medical research, the result of shared effort and motivation on the part of Czech scientists and manufacturers to contribute to this process via our own methods. Its development and manufacture are not complicated, for they are based on methods and components already in use. The test is simple to carry out. We are able not only to fully cover the needs of preventative testing for example of individuals and in firms, but also to reduce the strain on the healthcare system in case of another flare-up of the epidemic, which I hope will not come to pass,” added Lubomír Němec from IntellMed.

The GARGTEST system is meant also for home use as well as to facilitate data entry in labs and at test sites, where the greatest burden on time is the data entry on the patient requisition forms. With GARGTEST, the person being tested can fill in the information themselves into an electronic system and create their own requisition form electronically. This method is even preferred, because it speeds up the process of testing in labs and reduces errors in transcription.

The gargle method of testing was welcomed by musicians of the Czech Philharmonic, who are glad that they can rehearse and prepare for concerts without repeated nasal swab tests. “The new method of testing is much more pleasant for the Philharmonic. Another indisputable advantage is also the frequency necessary in repeating the test: every 14 days, instead of five days for nasal swabs. In December, we’re looking at Advent concerts every Sunday until Christmas in our series Czech Philharmonic Live in Your Livingroom, and the reduced number of tests will ensure smoother rehearsals as well as the concerts themselves,” said David Mareček, CEO of the Czech Philharmonic.

“GARGTEST, due to its noninvasiveness, is a very suitable alternative, proven in the testing which we carried out for example at the Czech Philharmonic and the Prague theatre Bez Zábradlí, as well as in the areas of healthcare and social services, including senior homes. Samples are processed using the reliable PCR method, and thus they are valid for two weeks,” summarised Hajdúch.