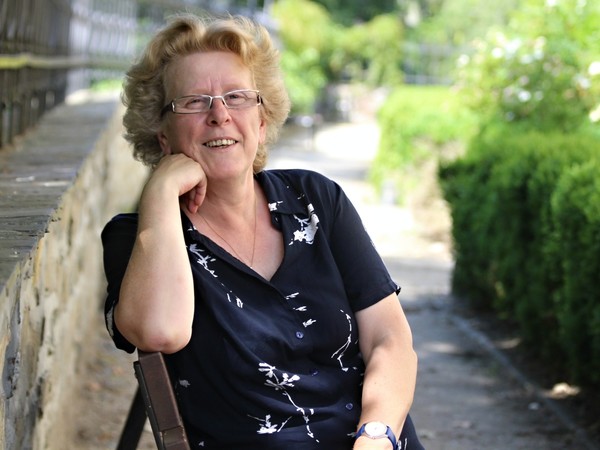 The Kurt and Ursula Schubert Centre of Jewish Studies at the UP Faculty of Arts and its founder, Professor of German Studies Ingeborg Fialová, received the Kurt Schubert Memorial Award for interreligious dialogue.

The award was granted for the sixth time by the Forum for World Religions in Austria; this represents the first time it was given to laureates from abroad. The ceremony, under the auspices of Olomouc Archbishop Jan Graubner, took place on Wednesday 27 February in the Corpus Christi Chapel at the UP Arts Centre.

Professor Kurt Schubert (1923–2007), the founder of Judaic studies in Vienna, was one of the most prominent European academics in this field. During WW2 he studied Classical Semitic philology, and as a student he managed to save the extensive library of the rabbinical seminary in Vienna. After the war he became the rector of the University of Vienna, where he lectured in Judaism at the Institute of Oriental Studies. In 1966 he managed to carry out the opening of the independent Institute for Judaic Studies and supported the establishment and development of other centres for Jewish studies. Nearing the end of his life, Prof Schubert considered the foundation of Jewish Studies at Palacký University to be his last important mission. He also bequeathed a large part of his own library to Olomouc’s Centre of Jewish Studies.

“Thanks to the work of several volunteers, the Department of Jewish Studies was established at the UP Faculty of Arts in 2004. In 2008, the workplace was renamed the Kurt and Ursula Schubert Centre of Jewish Studies. Academic debate and research into Jewish studies, which have a strong and rich tradition in Bohemia, thus gained its space in the Moravian context,” said Ingeborg Fialová, regarding the history of the centre. The Centre of Jewish Studies currently offers a Bachelor’s study programme “Judaistics: Jewish and Israeli Studies”, and a Master’s programme “Judaistics: The History and Culture of the Jews”.

“Kurt Schubert had a very close relationship to Moravia, especially Olomouc. This is also why we have decided to award the local Centre of Jewish Studies and Prof Fialová as successors of Schubert’s ideas – that is, the development of friendly relations in Central Europe and mutual understanding of nations, cultures, and religions. At the same time, our intention is to support this institute and its collaborators and to encourage them in their further work and efforts in the academic sphere as well as in the realm of Christian-Jewish dialogue,” said Petrus Bsteh from the Forum for World Religions in explanation of their choice.

The Kurt Schubert Memorial Prize has been awarded so far only in Austria, the birth country of this renowned Judaist. “I deeply appreciate that our Jewish centre has been awarded as the first non-Austrian institution. I consider it an acknowledgement of the tireless work of our young team which has managed – despite the uneasy financial conditions, since Jewish studies is not a massively popular discipline – to establish Jewish studies in Olomouc as an important research and education workplace at the Palacký University Faculty of Arts. This award is also proof of the prestigious position of our centre – not only among Czech and European, but also worldwide Jewish institutes. At the same time, it is an expression of gratitude toward the management of our university and faculty for their effort to keep Jewish studies among the offered study programmes,” added Fialová.

The ceremony in the Corpus Christi Chapel was attended by the Austrian and Israeli ambassadors to the Czech Republic. Salutatory speeches by Archbishop Jan Graubner and UP Rector Jaroslav Miller were followed by the ceremonial lecture by Prof Michael Broecke from the University of Duisburg-Essen, “Hasidism: The characteristic feature of Jewish spirituality in Central Europe”. Musical accompaniment was provided by the Austrian band Petit fleur and Czech singer Irena Nosková.