Fort Science will display a remarkable world of fungi 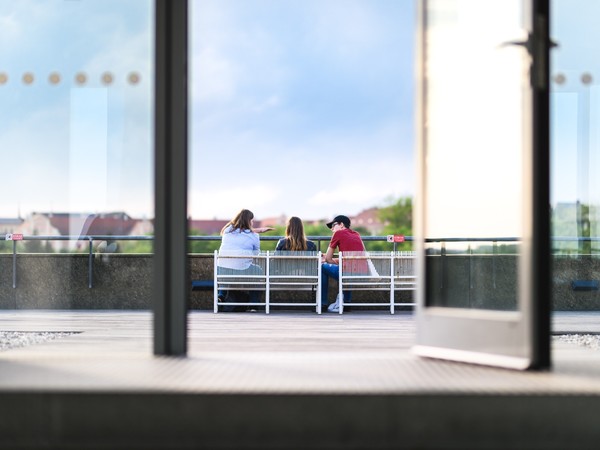 Together with Fort Science, the Faculty of Science will participate in the European Heritage Days, a traditional annual event, during which the doors of the most interesting monuments, buildings, properties and premises, including those that are otherwise partially or completely inaccessible, are opened to the public. On Saturday, September 7, people can visit newly refurbished laboratories of the Department of Optics and the Department of Experimental Physics, explore the main building of the Faculty of Science and discover the colourful world of fungi in the interactive science museum.

“During the European Heritage Days we have prepared tours of our laboratories that boast exacting parameters in terms of microclimates, which provides us with completely new, unique conditions for carrying out the most demanding experiments. We will try to show the visitors what we are doing here,” said Jaromír Fiurášek, head of the Department of Optics. The Faculty of Science will also make accessible its main building, including a terrace with a view of the historical Olomouc town centre.

The popular science centre Fort Science also encourages people to visit, and offers a peek into the world of fungi. “In the Fort we want to unveil the microscopic structures of fungi to the visitors, familiarise them with the broad spectrum of fungi’s effects and help people understand how and why fungi cause plant diseases,” said Barbora Mieslerová, from the Department of Botany. The lecturers will also focus on the phenomenon of country cottages, the subject of psychedelia, and fungal diseases of the human body, including a Sunday mycological identification centre with Prof Vítězslav Bičík. Those who are interested can bring mushrooms that they do not know, or are not sure about their edibility. “The programme will also include an unusual exhibition called ‘Mykokosmos’ and a lecture by mycologist Jiří Polčák entitled ‘Fungi wherever you look’. Film lovers certainly should not miss the screening of the short film ‘Who’s Who in Mycology’. This film, by Marie Dvořáková, was awarded a student Oscar in 2017,” Martina Vysloužilová, said, inviting all to the programme.