AFO56 winners announced: films available to stream all May 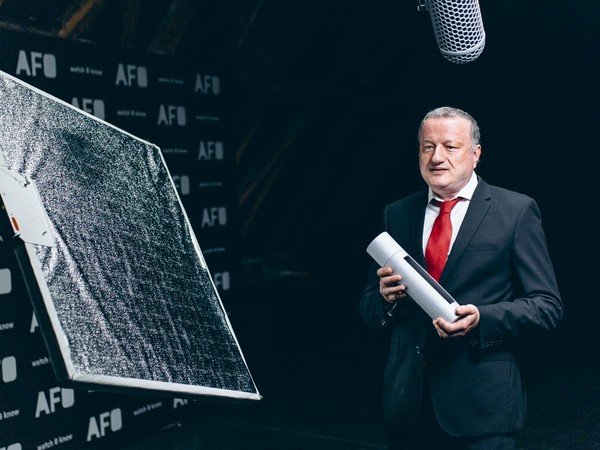 The International Festival of Science Documentary Films Academia Film Olomouc has announced all the winners of its 56th year. The festival, which was held on-line last year, however does not end with the awards ceremony. AFO fans can watch the prize-winning documentaries and dozens of other films until the end of May for free on the on-line platform www.watchandknow.cz.

Between October 2020, when the 55th year took place, and mid-May this year, the AFO Festival attracted 19,240 accredited viewers to its on-line programme. According to the organisers, during the last two festival weeks, a total of 27,064 screenings of films from the competition programme and other programme sections were viewed. “We wanted to make this year’s on-line programme as similar as possible to its live format. In addition to the selection of competition films, viewers were offered also several thematic sections. In total, they could watch 108 documentaries on our platform,” said Ondřej Kazík, the head programmer.

This year’s competition programme at AFO56 had over 3,000 entries; 77 documentaries made it to the competition selection and for streaming for the audience. The trophy, in the form of a glass kaleidoscope made by Czech glassmaker Martin Hlubuček, was presented to five filmmakers selected by juries of experts; the audience also voted for their favourite. The winner of the International Competition receives a prize of USD $5000, the winner of the Czech & Slovak Competition receives $2000. In autumn 2021, a Grand Prize of $10,000 will be presented in conjunction with the CZU (Czech University of Life Sciences Prague) Film Fest. “In recent years, we have been able to increase the prizes thanks to our partners. We believe that it is necessary to support popular science documentaries, especially now, in the era of disinformation, so that we can reach the broad public with facts and knowledge,” added AFO Director Jakub Ráliš.

The Last Artifact (US)

The Last Artifact (US)

The Award for Outstanding Contribution to the Popularisation of Science was presented to Czech biochemist Jan Konvalinka. The second non-film award was AFO Spotlight, awarded to promising Czech filmmakers with great talent and potential. This year’s laureate is anthropologist and filmmaker Pavel Borecký. His film Living Water can also be streamed until the end of May on the AFO film platform.

Another AFO programme during summer and autumn 2021 will be AFO Cinemas – special screenings throughout the Czech Republic. “What we want is to get this year’s programme out to the people and support cinemas who have also been hit hard by the pandemic. We are now closely monitoring the situation and planning how, when, and where to hold the screenings. There will be an accompanying programme too, such as interviews with special guests and the ‘Music Is Science’ concert series,” said Ráliš.

In addition to the films, people can also visit the interactive installation on the fence by the Olomouc Museum of Art until the end of May. The author of the concept is motion and graphic designer Matej Vázal. A complete experience is provided by the Artivive free app, which takes the viewer into augmented reality (AR). The AR features a selection of scientific and artistic works from the Visualisation section, selected by AFO programmer Zdeněk Rychtera and MUO curator Barbora Kundračíková.

The prize-winning films and dozens of other documentaries are available to stream for free until the end of May.