UP improves its position in QS EECA: now among Top 10 Percent 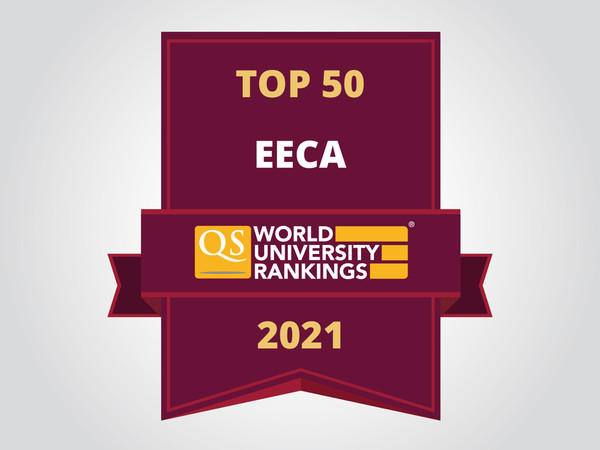 For the first time, Palacký University Olomouc has made it into the Top 10 Percent in the international QS Emerging Europe & Central Asia Rankings 2021 (QS EECA). The British educational company Quacquarelli Symonds (QS) has included 400 institutions in its rankings. Palacký University ranks 37th and has improved by its position by seven places compared to last year.

“The position of Palacký University in this ranking, the only one among the top five Czech universities, has been constantly improving, and I am very happy for this trend. Within five years, we have risen by almost 30 positions in the overall evaluation,” commented UP Rector Jaroslav Miller on the results.

The oldest Moravian university has improved or maintained its position in more than half of the monitored criteria year-on-year. As last year, UP achieved its best result in the Citation per Faculty indicator, being eighth.

“It is also gratifying to learn that criteria such as Academic Reputation and Employer Reputation have a significant share in our improvement in this ranking, which shows that we are succeeding in raising the level of awareness about our university in Europe and Asia. In recent years, we have focussed on gathering feedback from our partners in education and research, both nationally and internationally. This approach seems to be bearing fruit,” added Hana Marešová, UP Vice-Rector for Strategic Planning and Quality.

UP jumped 13 places year-on-year even in the Web Impact category, ranking 21st this year. In Academic Reputation, UP is 48th, which is ten places better than a year ago. UP made a similar advancement in Employer Reputation, where it now holds the 56th place. There was also an improvement in Citations per Faculty by five places, to the 80th position.