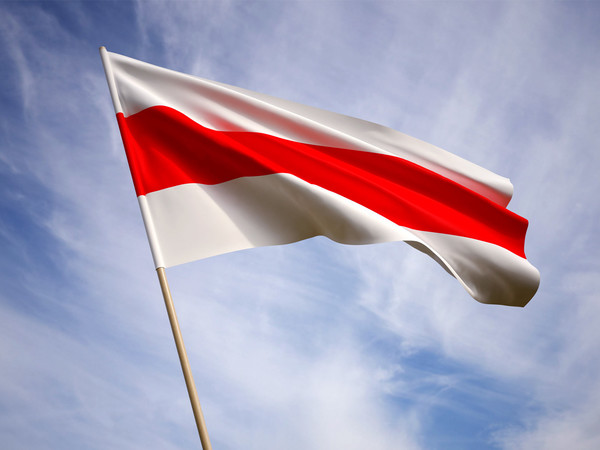 In mid-September, Palacký University Olomouc introduced a scholarship programme for Belarusian academics and students who are currently struggling with the complicated socio-political developments in their homeland. UP has now selected eight fellows from the received applications. Three teachers and five students will start their respective research and study internships at the UP Faculties of Science, Education, and Theology.

“We decided to help the Belarusians in any possible way right after the wave of anti-government protests broke out in Belarus, followed by repression. I am immensely happy that we have managed to bring the whole matter to a successful end in such a short time. The situation is not easy for many academics and university students in Belarus, and any opportunity to offer them help, hope, and peace of mind for work and study really matters now,” said UP Rector Jaroslav Miller.

“It is symbolic that we have managed to officially receive our Belarusian colleagues the day after the celebrations of the Czech national Struggle for Freedom and Democracy holiday on November 17th, the events of which were very similar to the current Belarusian ones,” Miller added. The holiday commemorates the student demonstration against Nazi occupation in 1939, resulting in massive repression, as well as the student demonstration against the communist government in 1989 which led to the Velvet Revolution.

UP is strongly involved in the Scholars at Risk network, which helps vulnerable academics anywhere in the world. In recent years, UP has supported and welcomed, for example, Ukrainian students in 2014 during the events of the Euromaidan, and persecuted Turkish academics in 2016 during President Erdogan’s repression. Similarly, UP promised to support Belarusian universities immediately after the presidential election in August when UP expressed its support for Belarusian citizens.

“Solidarity with countries undergoing similar experiences as we did in 1989 is absolutely necessary. People and academics from countries that have undergone similar political developments are those best equipped to understand how Belarusian citizens feel today. I believe that the internships will be beneficial and inspiring not only for Belarusian academics and students, but also for the members of our academic community who will work closely with our Belarusian colleagues,” said Martin Kudláček, UP Vice-Rector for Foreign Affairs.

Palacký University Olomouc has allocated almost €35,000 for the scholarships of Belarusian students and academics. Belarusians will start working in Olomouc from February: students for 4 months, academics for one month. The university management believes that even more Belarusian academics and students will arrive in Olomouc on the basis of partnership agreements contracted with Belarusian universities.