UP has three representatives in Highly Cited Researchers 2019 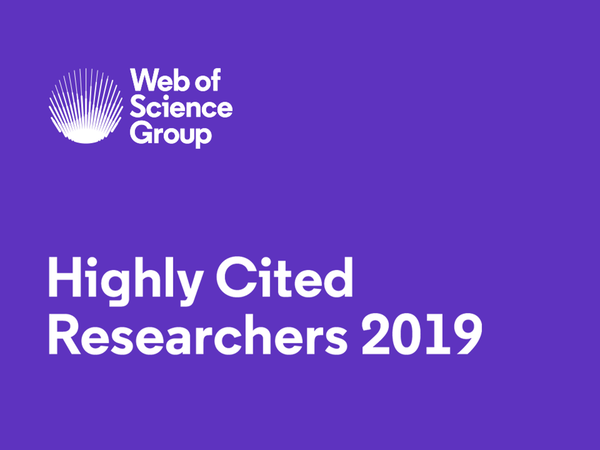 Three Palacký University Olomouc scientists appear in this year’s list of the world’s most cited scientists, Highly Cited Researchers, published annually by Clarivate Analytics in the United States. Analytical chemist and phytochemist Ondřej Novák and chemists Rajender Varma and Radek Zbořil have repeatedly reached the top 1% of the world’s most cited scientists. They share the list with a total of 14 scientists with membership in one of Czech research institutions or universities.

As in the previous year, Radek Zbořil, an expert in nanotechnology working at the Regional Centre of Advanced Technologies and Materials (RCTPM), appeared in the list in the Cross-field category. In recent years, he has been involved in the discovery of the thinnest known insulator, non-metallic magnets, the first two-dimensional carboxylic acid, and the effect of nanosilver on bacteria.

“This is really an appreciation of the work of all the staff at RCPTM who conduct multi-disciplinary research with large potential in applications. Thanks to that, Palacký University has ranked among the top institutes in the Czech Republic in multidisciplinary material sciences and nanotechnologies, according to the citation index normalised to the relevant scientific category (CNCI index according to the Web of Science database). In physical chemistry, UP has even had better results in recent years than the universities of Cambridge and Oxford,” Zbořil said.

Rajender Varma, who also works for the United States Environmental Protection Agency, is employed in the same science centre. “It is a great honour for me to be on this prestigious list of scientists. I also represent RCPTM and Palacký University, where I collaborate with exceptional scientists. The quality of science centres is primarily based on the personalities who work there and who are given the space and support to develop their talent,” Varma said.

Ondřej Novák, an expert in plant hormone analysis, works in the Olomouc workplace of the Institute of Experimental Botany at the Czech Academy of Sciences, which is part of the Centre of the Region Haná for Biotechnological and Agricultural Research. “I accept with great humbleness the fact that I am among the group of highly cited scientists for the second time. I would like to thank all my colleagues from the Laboratory of Growth Regulators and other colleagues from abroad, without whose cooperation I could not be part of this prestigious ranking,” said Novák, who is included in the category Plant and Animal Science.

The list of Highly Cited Researchers 2019 includes over 6,000 researchers (including 23 Nobel laureates) from 60 countries. These are scientists whose work has won recognition in 21 research areas or combinations and has been cited to a considerable extent. The list is based on the analysis of publications from 2008 to 2018 according to the Web of Science database. Czech science is further represented in the list by cardiologist Petr Widimský; ecologists Petr Pyšek, Jan Pergl, and the late Vojtěch Jarošík; chemist Martin Pumera; microbiologist Petr Baldrian; and botanist Roman Pavela. Four foreign scientists working at various institutes of the Czech Academy of Sciences are also included on the list. In addition, the list includes plant biologist Jiří Friml, who works in Austria.

The United States has the largest representation (2737), followed by China (636) and the United Kingdom (516). In Central Europe, Germany has 327 representatives, Slovakia one and Poland seven.