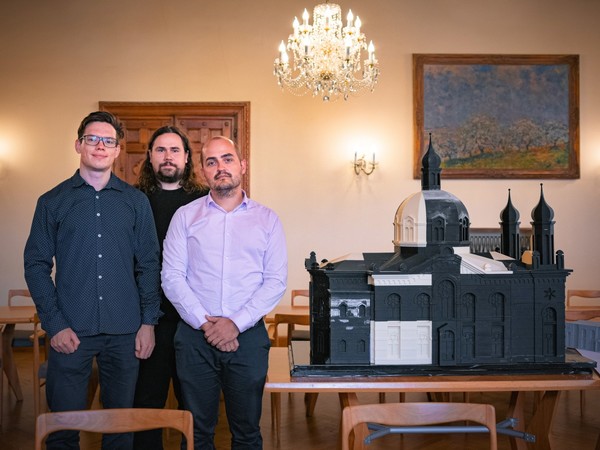 A detailed plastic model of the former synagogue which stood in the centre of Olomouc and was burned down by Nazis and Nazi sympathisers in 1939, was created on a 3D printer by experts from the Department of Geoinformatics at the UP Faculty of Science. This prototype will serve in the foundry as the form for the production of a bronze model of the synagogue, which will be installed on Palach Square (Palachovo náměstí) in Olomouc.

“The model of the synagogue was created on the basis of plans drawn by sculptor Jiří Žlebek on a 1:1 scale against the planned bronze model. Stanislav Popelka first created a model of the synagogue in digital form, then Radek Barvíř and I divided it, printed it in parts and assembled it,” said Jan Brus from the Department of Geoinformatics.

Eventually, the production of a plastic model of the Olomouc synagogue, measuring 100 × 60 × 91 centimetres, took 2,300 hours; the building consists of fifty parts. The disassembled plastic model will be transported to the foundry, where a die will be created according to the plastic model to cast the final sculpture.

Sculptor Jiří Žlebek is participating in the project together with experts from the Faculty of Science. The original plans of the Viennese architect Jakob Gartner and numerous period photographs served as the basis for the visualisation of the synagogue.

“The bronze model of the synagogue will be installed on Palach Square. We would like to exhibit the plastic model at the Jewish community centre in Olomouc or in suitable museum premises. We have the consent of Petr Papoušek, leader of  the Olomouc Jewish community,” said Brus. The Jewish community began working on setting up a memorial on the site of the former synagogue in 2017 during the reconstruction of the car park near the Theresian Gate (Terezská brána) in Olomouc. 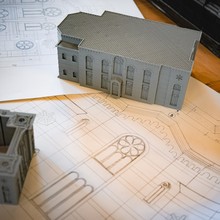 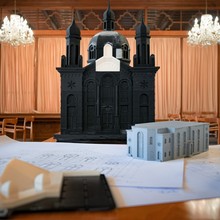 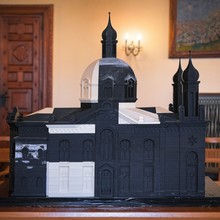