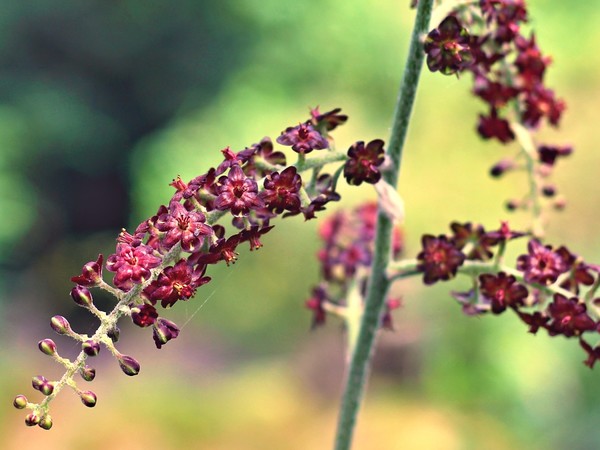 This summer, which has been richer in rainfall than in recent years, was also beneficial for the Botanical Garden of the Faculty of Science – a popular oasis of calm near the centre of Olomouc. These days, the garden is beautified not only by the extremely rare Veratrum nigrum (the black false hellebore), but also by various North American Asteraceae plants of the genera Helianthus (sunflower), Solidago (goldenrod), Vernonia (ironweed), and Silphium perfoliatum (cup plant) growing up to a height of two and a half metres.

“We do not evaluate precipitation data until the end of the year, but it is already clear that there has been more rain this summer than in previous years. Rainfall is welcomed by every gardener with gratitude and we are no exception in this regard. The vegetation is lush and gives a fresh impression. In addition, rainwater is much more suitable for watering than any other. The negative side of the rainy weather are the enormous snails, who are not only fond of vegetables, but also some rare plants from our garden,” added Václav Dvořák, head of the Botanical Garden.

One fascinating and currently flowering herb is the Veratrum nigrum, which by its appearance evokes prehistoric plants similar to those seen in the famous Karel Zeman film Cesta do pravěku (A Journey to the Beginning of Time). According to Dvořák, alpine plants are among the plants that require the most care. However, they are prone to weather fluctuations. The July rains also complicated the ripening of seeds in some Edraianthus (rockbell) species, which are bell-like plants with an evolutionary centre in the Balkans. The rainy weather did not favour the growth of some gentians, for whom excessive soil moisture caused the roots to rot.

“Personally, I also enjoy the various insects occurring in the garden. Blue-flowered plants, such as Eryngium or Echinops, are attractive for insect suborders of Apocrita (wasps, bees, ants), Scoliidae (scoliid wasps) and Sphecidae (mud dauber wasps). We also have one of our largest hoverflies imitating the appearance of a hornet – the hornet mimic hoverfly,” described Dvořák.

A regular cycle of environmental programs for kindergarten children and the public is planned for September. “We are also planning another outdoor photography exhibition. It will follow up on the pop-up exhibition ‘On the Fence’, with which we commemorated the 30th anniversary of the founding of the Litovelské Pomoraví Protected Landscape Area. According to the response, the exhibition was very popular,” Dvořák added.