The function of an important plant gene decoded 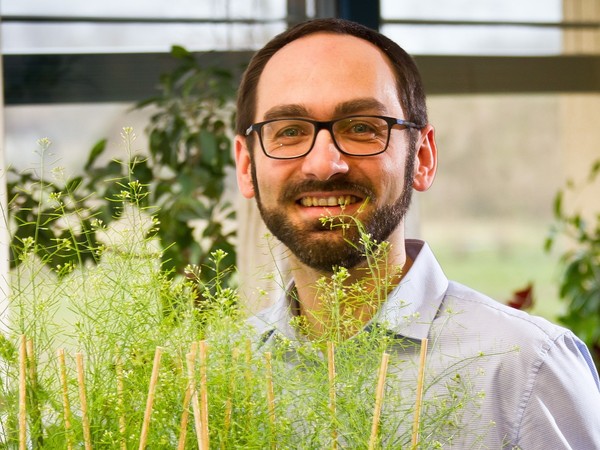 Plant geneticists from the Institute of Experimental Botany of the Czech Academy of Sciences (IEB CAS) have been the first in the world to describe the function of two genes of Arabidopsis thaliana and their influence on the properties of this model plant. The prestigious journal Plant Cell has published their work which could have practical applications in the future.

The research team from the Centre of Plant Structural and Functional Genomics at the IEB CAS, which is part of the Centre of the Region Haná for Biotechnological and Agricultural Research, studied one of the SMC complexes participating in the placement of chromosomes in the cell nucleus of the thale cress (Arabidopsis thaliana), under the leadership of Aleš Pečinka.

“This plant has almost 30 thousand genes, which is more than humans have. The function of many of them has been known to us; however, others are still unexplored. We selected two yet unknown sister genes, thought to be part of the SMC5/6 complex, and tried to elucidate their role,” said Pečinka.

The outcome of their four years of work, however, exceeded their expectations. “We have found out that one of the genes is able to repair damages in the genetic information. This is a very important finding: it means this gene is vital for the plant’s survival. What is extraordinary is that this gene participates in the development of seeds, which could be used practically in the future, for example, during the application of latest biotechnological methods in breeding,” explained Pečinka.

On the other hand, the second gene under investigation works quite differently, although both genes originated from the duplication of a single gene about 30 million years ago. “Our research has ruled out that it is involved in correcting hereditary information. However, we suppose it is probably related to its copying,” added the scientist. This research, which was launched at the Max Planck Institute in Cologne, Germany, was carried out in collaboration with other prestigious foreign institutions, such as the Tokyo University of Science and the University of Zurich.

According to the laboratory’s director (and the Czech Mind laureate) Jaroslav Doležel, this work has confirmed how indispensable basic research is in science. “At the beginning, of course, my colleagues had no idea that this gene would be so important. However, they revealed its crucial importance for the stability of hereditary information of plants and at the same time described the mechanisms that could be used in breeding. Eventually, what began as a non-targeted study of this interesting gene may end up contributing to the emergence of new varieties of crops with higher yields. The importance of these findings has been demonstrated by their publication in the very prestigious journal Plant Cell, which publishes only the most important findings.”