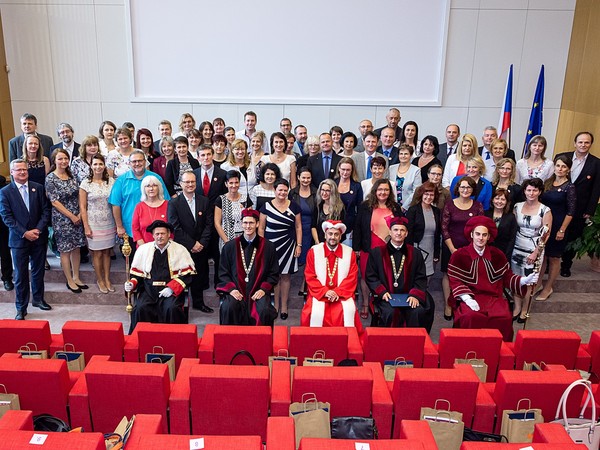 The UP Faculty of Science celebrated a silver graduation. After twenty-five years, more than sixty alumni have retaken their academic pledge, repeating the ceremonial act they first attended when graduating in 1994.

The invited graduates radiated smiles and a good mood. One of them was Lenka Orságová, who came from Bruntál for the ceremony. “I like to reminisce about my school days, it was a very beautiful five years. It’s nice that the faculty still thinks about us and that we can repeat the academic pledge after twenty-five years. The first time we met with the girls was after thirteen long years. Now we see each other every three or four years in the autumn. We meet, we chat, have a ladies’ night, and return home,” said Orságová, a Mathematics – Descriptive Geometry graduate.

The ceremony, during which the graduates received honorary diplomas, was performed by Vice-Rector Pavel Banáš and Vice-Deans Karel Lemr and Karel Hron. “The silver graduation, organised by the Faculty of Science for years, is a wonderful tradition, which enables alumni to meet after all these years, stay together and reminisce about their studies. I wish them only the best in the upcoming years,” said Vice-Rector Pavel Banáš, on behalf of the university rector.

After the ceremonial pledge in the auditorium, group photos, a toast, and lunch, the silver graduates shared their impressions. “It was an incredible and dignified experience. It all came back to me, how it was those 25 years ago. The only difference was that for the first graduation ceremonies, we wore gowns,” added Alma Ciprysová, a Mathematics – Descriptive Geometry graduate, who came from Tvrdonice in South Moravia. 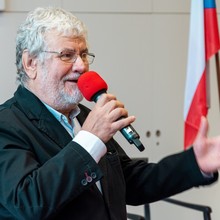 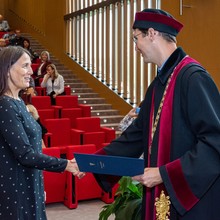 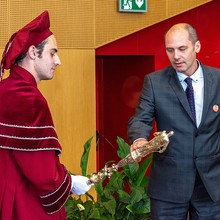 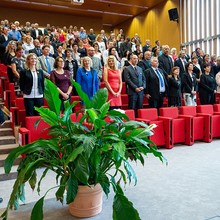