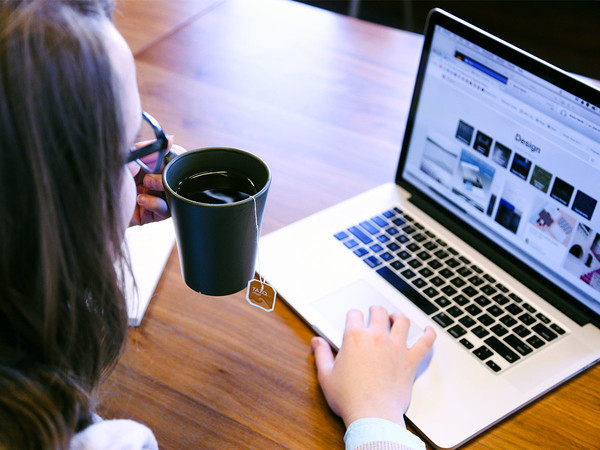 There is no single digital market in the European Union, and Czech customers are discriminated in their access to some online services. The European Commission has failed to ensure that the new legal reform guarantees the free movement of services, including online streaming. Thus, Czech consumers cannot purchase and use the service offered to customers in another member country. The impact of the Digital Single Market Strategy on the Czech audio-visual industry is being studied by scientists from Palacký University Olomouc and Masaryk University in Brno (MUNI).

In the several-year project supported by the Technology Agency of the Czech Republic, researchers deal with the impact of European legislation on Czech consumers, authors, directors, producers, and distributors. “We are also interested in which problems have not been solved by the European Commission’s legal reform despite its original intention, and what the likely consequences will be in the future," said Pavel Zahrádka from the Department of Theatre and Film Studies at the UP Faculty of Arts. A multidisciplinary team of sociologists, film industry analysts, and legal experts from UP and MUNI is, among other things, involved in mapping the disputes between copyright holders with online content sharing platforms such as Uloz.to. The team also deals with what attitudes Czech consumers have regarding the use of illegally distributed Internet content as well as the conditions under which domestic customers would be willing to pay, for example, for selected films or TV series.

Discrimination toward customers, fears of film producers and distributors

According to the experts, the fundamental principle of the European Union, i.e. the free movement of services, is denied in the digital market. “Although the Czech consumer is now allowed to use a pre-paid audio-visual online service abroad even during their temporary stays such as on holiday, which was previously not possible due to geo-blocking, they can no longer subscribe to a streaming service intended for citizens in another member country. This means they are discriminated on the basis of the place where they connect to the Internet,” points out the Olomouc scientist. Certain films or series are thus unavailable for domestic viewers, even if they wanted to pay for their viewing. According to the research team, these restrictions have specific commercial reasons. “The main reason is that the producer obtains the necessary funding to make a film by selling or having booked the exclusive rights for the film’s distribution in an EU member state to a future distributor. However, many films do not have foreign distribution and their local distributors are not interested in buying licenses for foreign distribution because they operate exclusively on a local national market,” explains Zahrádka.

According to the research results, Czech film producers and distributors are afraid of creating a digital single market, which would make the purchase of foreign films, serials, or sports broadcasts more expensive and which would jeopardise international co-productions especially for producers from two countries with the same or a similar official language as in the case of Czechia and Slovakia, where distribution is not synchronised. “There could be a situation when a Slovak viewer watches a film via the offer of a Czech distributor on the Internet before the film is broadcast by a Slovak distributor, which would result in lost profit from the perspective of the Slovak distributor/investor,” Zahrádka said, in giving an example.

Restrictions are not a solution

The researchers also describe the current state of exploitation of illegally distributed content on the Internet. One of the outcomes of their work is mapping disputes between copyright holders and platforms such as Uloz.to. “We are proposing ways of providing copyright holders with fair compensation for losses caused by illegal distribution of their films through these platforms. Our conclusion is that restrictions and draconian sanctions are not good for a creative economy; on the other hand, we argue that if someone profits from a film distribution, it should be the ones who own the copyright,” says Radim Polčák from the Institute of Law and Technology at MUNI. The purpose of the proposed procedure for calculating an adequate compensation is to closely assess the compensation of actually lost profit on the part of the distribution channel.

According to researchers, there are several reasons why Czechs do not pay or do not want to pay for movies or TV series on the Internet. One of them is that it is difficult to understand what is actually legal and what is beyond the law. “However, they are able to distinguish official quality content providers from fake distributors. At the same time, we know that Czech viewers tend to download and stream from unofficial sources when they simply cannot get to what they want to watch via official channels. And this applies even to situations when this or that film or series is available, for example, on Netflix, but it lacks Czech subtitles or dubbing,” says Jakub Macek from the Department of Media Studies and Journalism at MUNI.

Increased awareness, rules, and changes in the law should help

According to the research team, the Czech market would benefit firstly from greater legal awareness as to what is allowed and what is already illegal, and secondly from clearly defined rules. “What would also be helpful is a higher quality of care from the content providers themselves. However, it needs to be said that currently the approach of providers to Czech content viewers is visibly improving, although we’ll have to wait for more evident consequences,” Macek expects.

UP and MUNI researchers however warn that the tension between consumers’ demand for open access to films offered by foreign streaming services and the existing business models of the audio-visual industry will escalate. “The linguistic and cultural boundaries in a globalising world increasingly in motion do not correspond to national borders. The solution of the tension may be either in legislative changes or a change in the existing business models. Our project also deals with possible legal solutions to this persistent problem,” the research team concludes. So far, they have published five research reports for the state administration (the Ministry of Culture and the Ministry of Industry and Trade of the Czech Republic and the Czech Film Fund), which are making use of them to evaluate the impact of regulation.