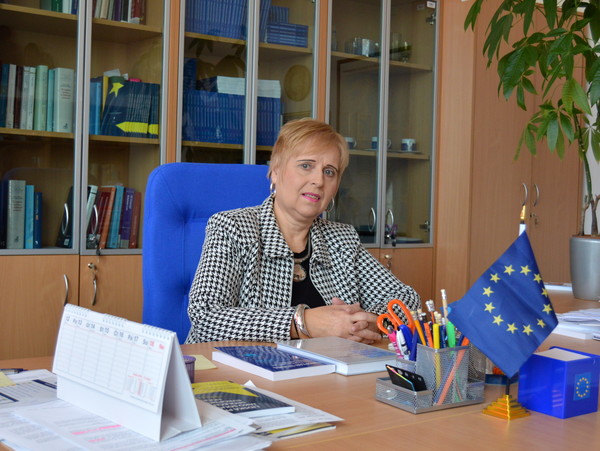 Three years of work by legal experts from five European universities has been conducted under the auspices of the “European Union and the Challenges of Modern Society” project. The project has succeeded in the worldwide competition for a prestigious grant awarded by the European Commission in the Jean Monnet Networks category, where it received one of the highest evaluations. This is the first time the grant has been awarded in this category to applicants from Central and Eastern Europe. The work of the international team will be coordinated and managed by the Jean Monnet Centre of Excellence in European Law at the Palacký University Faculty of Law, headed by Naděžda Šišková.

Experts have from September 2019 to the end of August 2022 to meet the objectives of the project called “European Union and the Challenges of Modern Society: Legal issues of digitalization, robotization, cyber security and prevention of hybrid threats”. “This is an area that will affect every citizen’s life in the future; however, it is currently hardly ever legally regulated and if so, only to a minimal extent. The objectives of the project are not only research-related. As an international team of experts, we want to influence future European legislation and be engaged in shaping and creating new legal rules related to current technological developments. The results will therefore not only be academic, but we will also send recommendations to European institutions,” said Šišková.

The international team will consist of academics from five European universities – the Jean Monnet Centre of Excellence in Olomouc at UP, the University of Heidelberg, Tallinn University of Technology, Comenius University in Bratislava, and the Taras Shevchenko National University of Kiev. “I am glad that we have managed to bring together a top-quality international team. We have worked with most of these universities before, and we have already accomplished several successful projects with some of them. The selection of partners was also influenced by their expertise,” explained Šišková.

Šišková also explained that, for example, their Estonian colleagues will focus on the digital economy, Slovaks on data protection, Ukrainians on combating hybrid threats, Germans on the respect for the rule of law in relation to modern technologies, and Olomouc academics will deal with the legal aspects of robotization, consumer rights protection, and the specifics of competition law rooted in the digital economy. “This division is very general, because of course various workplaces will be allowed to contribute to individual areas,” said the main coordinator.

In the next three years, the project investigators will hold a series of lectures, round tables, workshops, and academic and student conferences. The speakers will include the representatives of EU institutions, such as the European Commission, the European Parliament, and the EU Court of Justice. Their joint research will then culminate in the publication of two monographs and articles in impact journals. In addition, a special blog will be established, in which students will participate.

The Jean Monnet Centre of Excellence has been operating at the UP Faculty of Law for over three years; one of its successful projects was Reform of the Union and Related Issues. The original team of academics, led by Naděžda Šišková, consisting of Ondrej Hamuľák, Blanka Vítová, and Michal Petr, has now been joined by Ondřej Filipec.