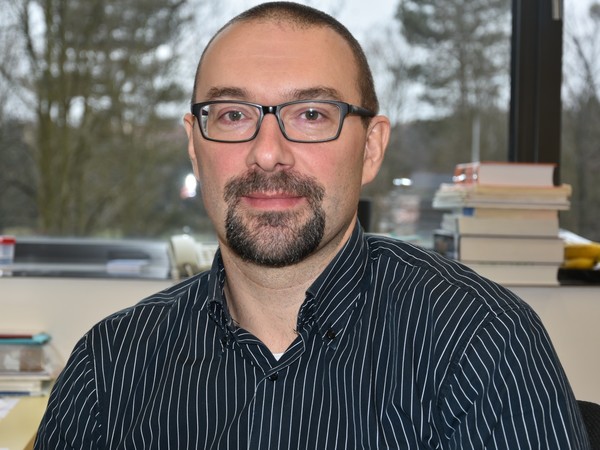 Petr Fryčák from the UP Faculty of Science Department of Analytical Chemistry has been granted an American patent for his instrument, one which measures rapid changes in low surface conductivity values in the environment of electromagnetic interference in mains voltage. The instrument is able to monitor changes of surface conductivity in connection with water condensation in real time.

“I was granted an American patent for an instrument which can measure the conductivity of hard surfaces. It can also be used to measure relative humidity, including surface condensation. We are already offering the equipment to firms,” said Fryčák, who has already been granted a Czech patent for the device.

He says the new device could soon have applications for example in the automotive industry, where it could be used for quick and efficient defogging of automobile glass. “While there are devices for that, they are slower, or generally have worse qualities than ours, which is distinguished by its sensitivity and especially its quick response as compared to existing commercial solutions,” he added.

Measuring surface conductivity can be applied to other purposes. For example, in testing the quality of insulation, monitoring human breathing, or in checking air conditioning units, where it is necessary to determine whether there is any liquid condensation on the surface. “It’s fairly simple in principle: it is basically a voltage divider with a sensor as one of its impedances. What we are monitoring is the voltage on the divider,” he said, describing the device.

Fryčák however had to resolve several technical problems during its construction. “Every such device is influenced by electronic interference, which is everywhere surrounding us, emitted from equipment and electric power distribution. But we know how to deal with it, as this is one of the things that our device resolves,” he said.

The device was about two years in development. It was born as a side product of another research project, one aimed at mass spectrometry, ionic sources, and ionisation processes. “In that research we needed to measure the surface humidity, so I originally invented the device for that task. However, it proved to be of more general use, which is why I developed it for patenting,” Fryčák explained.