Palacký University is ready to help its Ukrainian students and employees 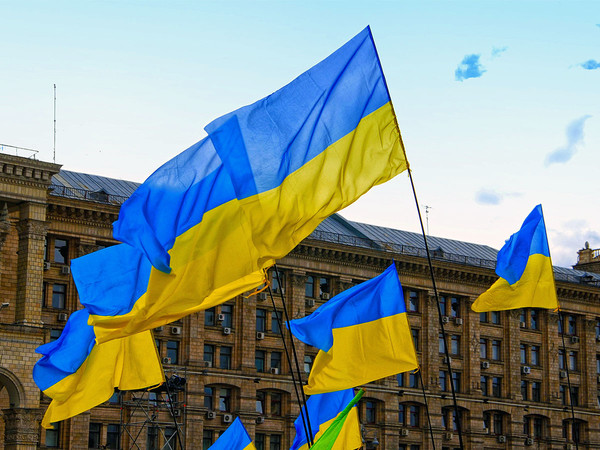 Regarding the escalating conflict in Ukraine, Palacký University is prepared to help its Ukrainian students and employees living in Olomouc. According to UP Rector Martin Procházka, this is an unambiguous expression of solidarity with a country which freely chose the European path and pro-Western orientation.

Ukraine has long been facing pressure from the side of neighbouring Russia. “We are following the situation on the border between Ukraine and Russia very closely. I want to guarantee our students and academics from Ukraine residing here that we are prepared to support their country in case of invasion. We are arranging cooperation with interpreters, psychologists, lawyers, and others whose help might be required as the conflict escalates,” said UP Rector Procházka. At present there are roughly 150 students and two dozen academics from Ukraine at UP.

Several teachers are already offering help. As Naděžda Šišková, UP Faculty of Law, points out, it is necessary to engage the academic and scientific public from diverse countries against Russian threats. “As a lawyer and political scientist, I know the current conflict also has much to do with propaganda purposes and winning political points with the Russian public. This is why the threat of using force as a means for conflict resolution must be condemned, resolutely and unambiguously, and it is good when that condemnation is echoed in academic circles,” said the assistant professor, who was born in Ukraine and closely cooperates with Taras Shevchenko National University in Kyiv in a Jean Monnet Network project.

Help and other aid activities will be coordinated by the UP Volunteering Centre.

Let us not abandon Ukraine

I spent six years in Ukraine, and I fell in love with the country: its people, cities, culture. In these times I’m trying to maintain a critical distance, not simply be a fan club member, but I have to confess that it is not easy. Please forgive me if I’m not 100% objective in the following lines: I tried, but one’s feelings sometimes break through to the surface, quite on their own.

We often speak of the space called the “West”, in which we live and work, with a certain degree of pessimism. Today’s world is not what it used to be, and what little is left of it will certainly be squandered by our children’s generation. Just look at them: they take everything for granted. Nevertheless, all the while, we are that civilisation, culture, prosperity, and above all, and especially, those values. “Values” for the European politician, intellectual, or journalist are as routine and automatic as Good morning or Goodbye. Due to “values”, we cannot take in even a single immigrant child; due to “values” (usually the same ones), we must immediately take in all comers and save the entire world.

When the Kremlin goes looking for answers to its internal political questions – How to win the next elections? How to explain to our people that they’re not as well off as they should be? How come our country does not work as it should? – by looking back to the map of the former Soviet Union, it makes us upset. We will not allow Russia to take the surrounding countries as its provinces, in order to build a new sphere of influence. No way.

But in Moscow they are perhaps already coining a new series of jokes about us: What will Europe sanction us with next? No more French cheese? No Italian wine? Or maybe even no more smelly Olomouc cheese?

Ukraine wants to join NATO. It is written into their constitution, and it is not there for nothing. They are worried that their powerful neighbour to the east will not allow them to belong to the Western community, without a signed agreement. And they are right.

Several no’s on our part have come up in discussions about the possible war in Ukraine. No to Ukraine joining NATO at this time, or anytime. No to real help in the case of invasion by Russia.

In our Western world we esteem our own comfort and values too highly to fight for them. But this is nothing new.

No to aiding Czechoslovakia in 1938 did not prevent the global conflict, not even by a year. Europe would never have managed World War 2 on its own, had the Americans only lobbed their delicious UNRRA rations at the aggressors. Much more was required.

This is a conundrum without an easy solution – or at least, without a good solution. But to argue that Kiev is also fighting for our values – which is unquestionably true – while fearing above all that Nord Stream 2 will not be finished: that is an inherent contradiction of those same values.

Let me make myself clear. I’m not saying that the war in Ukraine is also our war. Nobody here is looking forward to World War 3. But if we abandon Ukraine and just wait and see how bad things will get, we cannot lie to ourselves that this is primarily about protecting our Judaeo-Graeco-Roman-Christian roots. Or we will be forced to subject those roots to a new, very thorough analysis.

Doctoral student in Comparative Slavic Philology, UP Faculty of Arts. From November 2014 to July 2020 she ran the Czech Centre in Kiev.