The photographs by Vojtěch Duda show the Iraqi city of Erbil and the premises of the Czech Academic City. The text and photo gallery also feature pictures from the ceremonial opening of the Petroleum Engineering programme in the presence of UP Rector Jaroslav Miller and Vice-Rector for International Relations Martin Kudláček.
Photos: Vojtěch Duda, Martin Kudláček archives
wednesday 15. january 2020, 13:40 – Text: Tomáš Franta

Erbil. The capitol of Iraqi Kurdistan. A modern and dynamically developing metropolis, at the same time one of the oldest cities in the world, on the UNESCO World Heritage List. And now also the seat of an educational project in which Palacký University is playing a major role.

Only a few months ago the only footprint Olomouc had in this historically significant area of Iraq was the work of archaeologists from UP. This is no longer the case. In the auspices of UP's life-long learning programme in Erbil, UP has opened a course in Petroleum Engineering. “We received a training license from the Kurdistan regional government and officially launched our activities in Erbil last week. However, everything is still in its infancy,” commented UP Rector Jaroslav Miller.

UP wants to gradually expand its activities in Erbil. It plans to teach up to six Bachelor’s degree programmes; however, everything will depend on the results of the ongoing accreditation procedure. Several other universities are also considering joining the project. “Initially, we will teach primarily Kurdish students. If successful, we have ambitions to expand the project to attract students from the wider region and thus become a ‘Czech educational centre’ in the Middle East,” said Martin Kudláček, Vice-Rector for International Relations, about the project.

“The ethos of development aid plays the most important role in this project,” said Rector Miller. “Iraqi Kurdistan is by far the most dynamic part of the country, it has high autonomy and needs teachers, doctors, engineers, and an educated elite in general. We are honoured to be their mentors and partners in this respect,” he explained. He compared the UP activities in Erbil to what the Olomouc university experienced after the Velvet Revolution. “After the fall of communism, partners from Western Europe and the USA helped our university back up on its feet. That is one reason we have become a strong and influential Central European institution. Now we have the opportunity to take on this commendable mission and similarly help this fast-growing region on its journey to more permanent prosperity.”

The project in Erbil has two benefits, qualitative and financial, for UP. “There is the potential to attract motivated postgraduate students which the region needs, while increasing our university’s competitiveness and reputation in the global context. Having a higher number of foreign paying students enrolled at our university and increasing the number of participating departments also plays a role,” said Miller.

One of the issues discussed in the context of the Middle East is security, critically important in the aftermath of recent developments in Iran-US relations. In this respect, UP is in close contact with the Czech Ministry of Foreign Affairs and is ready to respond promptly to the current situation. “From the perspective of the Ministry, the autonomous Kurdistan Region and the city of Erbil are a long-term safe area. Moreover, the Czech Republic has its Consulate General in Erbil,” said Vice-Rector Kudláček. “However, we are paying close attention to the current situation in the region and are leaving nothing to chance. We have mechanisms in place that ensure the safety of our employees to the maximum. For example, in relation to the latest events, we are temporarily minimising the number of our people in Erbil,” added the UP Vice-Rector for International Relations. 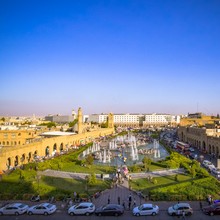 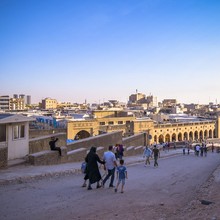 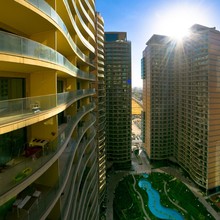 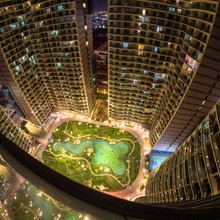 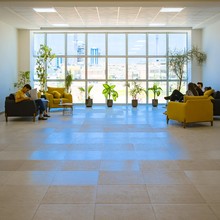 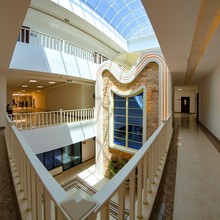 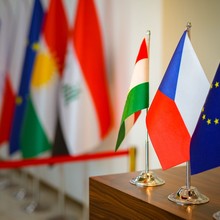 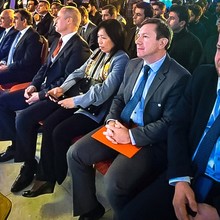 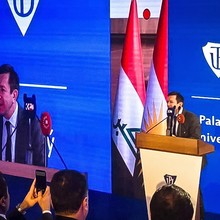 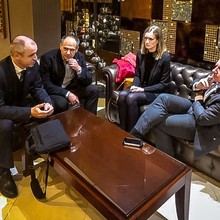