Emotional maps of fear arise in the Olomouc Region 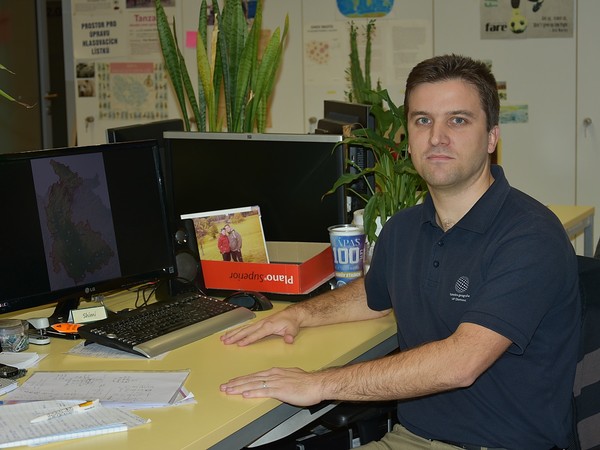 The mapping of “fear” locations prepared by experts from the Department of Geography of the UP Faculty of Science should contribute to crime prevention in fourteen cities in the Olomouc Region. People can mark the locations where they are most afraid on maps. These locations can then be targeted by measures that can lead to greater safety for the population.

“Citizens have the opportunity to identify locations where they feel there is a problem or where they are afraid. At the same time, they can propose measures to make those locations more secure. To collect the necessary data, we combine personal questioning directly in the field with an online questionnaire, which most cities share on their websites,” said the project’s principal investigator Petr Šimáček, from the Department of Geography.

The cities of Olomouc, Prostějov, Přerov, Šumperk, Hranice, Zábřeh, Šternberk, Uničov, Jeseník, Litovel, Mohelnice, Lipník nad Bečvou, and Kojetín have joined the project. “After mutual agreement with the Agency for Social Inclusion of the Ministry of Regional Development, which showed interest in the results of our project, we extended the surveyed set of cities to include Moravský Beroun. The Agency has already implemented certain measures in the territory of Moravský Beroun and is interested in the extent to which these measures are reflected among the citizens,” added Petr Šimáček.

According to Šimáček, interactive maps will work on the basis of a common topographic city map and will show locations where people perceive a fear of crime and/or do not feel safe. “Locations will be differentiated according to the degree of perceived fear. Respondents can mark multiple locations and assign different degrees to them. The purpose of the mapping is to help detect where, when, and for what reason people perceive fear,” he said.

Final maps should be available to the authorities this autumn. The “Innovation of Crime Prevention in the Olomouc Region Based on Mapping of Fear Locations” Project was supported by the Technology Agency of the Czech Republic with €70,000 from its ÉTA programme. In addition to mapping the fear locations in cities and evaluating the results obtained, workshops will be organized for crime prevention workers, where the main results of the project will be presented.