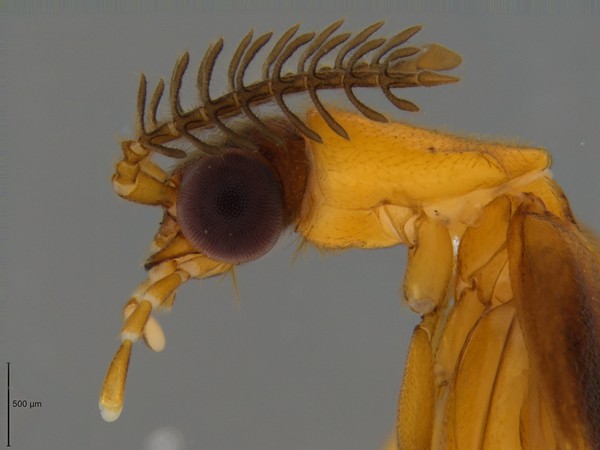 A long-standing puzzle surrounding the relationship of an evolutionarily interesting lineage of beetles from the Middle East has been resolved by an international team of scientists led by Robin Kundrata from the Department of Zoology at the Faculty of Science, Palacký University Olomouc. Using molecular data analysis and a thorough examination of morphological characteristics, scientists have included Cydistinae beetles in a relationship with American bioluminescent beetles akin to click beetles and fireflies. The study results were published in the Zoological Journal of the Linnean Society.

Cydistinae, which have so far contained only seven described species of one genus Cydistus inhabiting the region from Asia Minor to Iran, have been a challenge for systematic entomologists until recently. “This group contains a unique combination of morphological characteristics, which has always made it difficult for scientists to classify it correctly within the beetle system. Although some authors have pointed out that Cydistinae share some morphological structures with representatives of the American bioluminescent family Phengodidae, other features were different and did not confirm this hypothesis. Moreover, there has been no phylogenetic analysis to test the classification of Cydistinae,” said Kundrata, the main author of the study. In addition to one of his students from Palacký University, several experts took part in the research, including Dominik Vondráček from the National Museum in Prague and other colleagues from Germany, Russia and the United States.

In order to study Cydistinae family relationships, scientists have had to rely solely on the morphological features of adult males, as neither the female nor the larvae are known in the group at all. “In the recent volumes of the prestigious book series Handbook of Zoology, this little-known lineage of beetles was classified within the infraorder Elateriformia as an ‘incertae sedis’, that is, a group with an uncertain position, whose classification in a family is not known, nor in a particular superfamily,” Kundrata pointed out.

Now, for the first time, scientists have sequenced the DNA of several Cydistinae representatives to test the Cydistinae family relationships on the basis of molecular data. The results of phylogenetic analyses based on nuclear and mitochondrial gene sequences in combination with a detailed study of all available morphological features have shown that Cydistinae belong to the Phengodidae family. Together with them, these beetles are related to the Asian family Rhagophthalmidae.

“Both Phengodidae and Rhagophthalmidae are akin to fireflies and click beetles. Like these lineages, they have the ability to become bioluminescent, i.e. they can emit light radiation. This phenomenon is most noticeable especially in the larvae of the American Phengodidae, which have 11 pairs of green-shining bioluminescent organs on their thorax and abdomen. Because of their resemblance to a glowing train running through the night landscape, these larvae are called ‘railroad worms’ in English,” Kundrata said. According to him, it is possible that there are similar bioluminescent beetle larvae of the Cydistinae group living in the Middle East. “However, since no one has discovered them yet, it is only our speculation that needs to be confirmed, preferably in the field,” said the scientist with regard to the future direction of the research.

Another surprising finding of the research team is the description of the second genus within Cydistinae, which was given the name Microcydistus. The only known species of this lineage is characterised by its small body and reduced oral system. “Despite the uncertainties surrounding Cydistinae’s family relationships, the latest research suggests that this group still has much to offer in the future, as far as its diversity, biogeography, and the evolution of bioluminescence are concerned,” Kundrata added.