UP – Best Improvement of a Czech University in CWUR Rankings 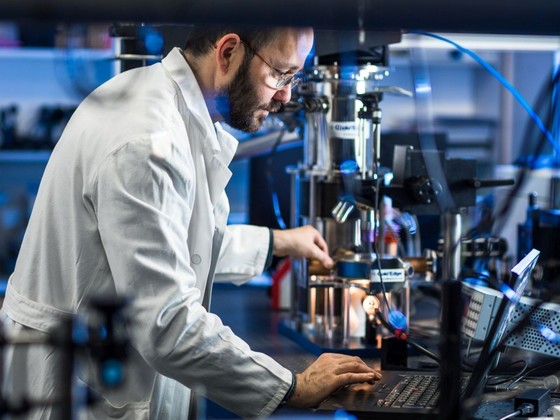 UP Rector Jaroslav Miller considers the rise of the university in international rankings to be the logical consequence of many changes that have occurred in Olomouc in recent years.

“It involves the areas of research and education as well as our investment into human resources, internationalisation, cooperation with the corporate sector, international promotion, and activities having impact on the public space. The modern research infrastructure financed by European funds is undoubtedly helpful, but technology does not save us. I have to say I find a certain satisfaction in these results too, because structural reforms are usually not easy to implement,” said the rector upon hearing the news. He remarked that improving results in CWUR are not an exception. “The recently published CWTS Leiden Ranking and other rankings indicate that we have taken the right path,” he added.

UP best in patents

The oldest Moravian university improved its score by several indicators. In comparison with its Czech “rivals”, it exceeds in the number of international patents, with its 507th position in the world. The largest single year move, 75 positions, was made in the indicator monitoring highly cited articles. A significant shift was also made in the category Broad Impact which monitors the h-index, i.e. the number of citations from academic works published in journals. On the national scale, Palacký University placed second in this category along with CTU (588th). Masaryk University in Brno placed 73 positions below. According to CWUR, Olomouc’s university also improved its publication output in prestigious scientific journals, improving 33 positions compared to the previous year.

“The CWUR World University Rankings use available bibliometric data only, whereas other prestigious rankings rely substantially on reputation surveys too. However unlike the Leiden Ranking, which also uses available bibliometric data, it includes indicators measuring the quality of faculty and alumni employment in the international context,” said Zuzana Polanská from the UP Strategy Support Office.

According to the UP Rector, there are unsurpassable limits for Czech universities considering their financing as compared to foreign institutions. “We estimate that joining the best one hundred universities in the world within the period of ten years would require an investment of one billion dollars above what we currently receive, which would be sheer utopia for any Czech university at this moment,” said Miller.

The CWUR World University Rankings has been listing the one thousand most important universities out of the 25 000 measured institutions since 2014. Compared to other rankings, it is relatively new.